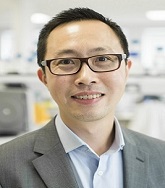 Dr.Teng leads the Nanoelectronics Research Group in the College of Engineering at Swansea University. He has the expertise in the fabrication and characterization of nanoscale electronic materials and devices, as well as controlling their properties through surface engineering for novel applications. He has been awarded research funding from NHS-National Institute for Health Research (NIHR), The Royal Society, Welsh Government, HEFCW, Sir Halley Stewart Trust and industries etc. He serves as an Associate Editor for RSC Advances.

Dr.Teng research interest is in the study of nanoscale electronic materials and devices. This involves the application of nanotechnology in electronics, which has a major impact in healthcare, computer, photonic and energy technologies. His research includes the investigation of low-dimensional electronic materials, such as graphene, metal-oxide and nitride nanostructures etc., in the development of ultra-sensitive nano-biosensors for the early detection of diseases, short-wavelength lasers for ultra-high density data storage and nano-plasmonics for photovoltaic technology etc. Other research interests include dilute magnetic semiconductor for spintronics and the use of scanning probe microscopy and other surface science techniques for the study of semiconductor surface and interface. 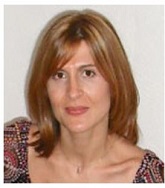 Lavinia Balan obtained the Ph.D. degree from the University Henry PoincarÃ© in Nancy, France, in 2005. Her Ph.D. was devoted to the elaboration of an original material for the anode of Li-ion batteries. After a post doctorate in Orleans and then in Mulhouse, she joined the Department of Photochemistry (DPG) of Mulhouse in 2006 as a CNRS Senior Researcher. She opened a new field of research in this laboratory, viz. the photoassisted synthesis of metal nanoparticles and metal-polymer nanocomposite materials. Since December 2009, L. Balan joined the Institute of Materials Science of Mulhouse (IS2M) CNRS-UMR 7361

Her lines of research are concerned with the (photo)chemical synthesis of metal/polymer nanocomposites and design, customization and characterization of metal nanoparticles and nanocrystals (quantum dots) suited for advanced applications in the fields of optic, photonics, plasmonics, information storage, imaging or biology. 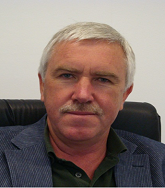 Graduated with honors and received Ph.D. in Physics from Moscow Institute of Physics and Technology. Started his scientific career at P.N. Lebedev Institute of Russian Academy of Sciences in Moscow and later worked in many research centers worldwide. At present, he is Professor of Physics at Leibniz University Hannover and Head of Nanotechnology Department at the Laser Zentrum Hannover e.v 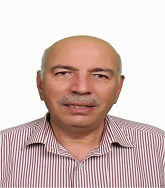 Hikmat S. Hilal is a Distinguished Professor of Chemistry and Advanced Materials. He obtained his Ph.D. and D.Sc. from the University of Manchester in 1980 and 2016, respectively. Since then he has joined An-Najah National University, Nablus, Palestine. His teaching activities span general chemistry, inorganic chemistry, catalysis, solid state & semiconductors, group theory, organometallics and structural methods, for B.Sc., M.Sc. and Ph.D. levels. His research involves solar energy utilization in electricity production and water purification/disinfection. Hila established the first group in Palestine in areas of advanced materials related to solar energy and semiconductor research. His group includes colleagues and students who have published more than 100 articles and conference papers. He published 5 books and research book chapters together with a patent. He has been active in conferences as a member of organizing committees and scientific committees and invited as a speaker. His works stem from his research lab inside Palestine. He is a permanent reviewer for the highliy ranked journals Electrochimica Acta, Solar Energy Materials & Solar Cells, Journal of Electroanalytical Chemistry and others. He established and chairs the Center of Excellence in Materials Sciences & Nano-Technology. 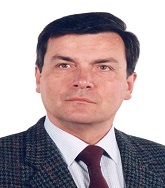 Nikolai A. Sobolev received his MSc and Ph.D. in Physics with summa cum laude from the Friedrich Schiller University of Jena, Germany. Presently he is an Associate Professor at the Department of Physics, University of Aveiro (Portugal). N.A. Sobolev is author/co-author of more than 180 papers in refereed journals and conference proceedings with the referee, 3 book chapters, 6 Inventorâ€™s Certificates of the USSR. He held Visiting Professor and Visiting Scientist positions at the Universities of Jena (thrice), Ulm (twice), NUST MISiS of Moscow (twice), Technical University of Berlin. He was the chair or member of committees of more about 30 international conferences and held numerous invited talks at scientific meetings. He is a member of editorial boards of seven research journals. 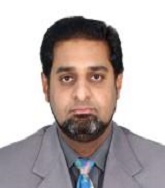 Dr. Raja Rizwan Hussain received his Ph.D. and M.Sc. in 2006 and 2008 in Civil Engineering from the University of Tokyo, Japan which is ranked among Top 20 universities in the world. Dr. Hussain was ranked as outstanding student and was awarded the best research thesis, prize and medal from the University of Tokyo. He also completed his Ph.D. in a record short period of just two years. He is the editor of several ISI-indexed international journals. He has also served as guest editor for several international ISI-indexed journals. Moreover, he is one of the organizing chairs and member of technical committees for more than 3 dozen international conferences, symposiums and seminars. In addition, he is an active reviewer of many international ISI-indexed journals. Dr. Hussain has received more than 80 medals, awards, prizes and distinctions throughout his research, academic and professional career. Dr. Hussain has authored more than 165 research publications including ISI-indexed journal papers, international conference proceedings, edited books, editorials, expos, invention shows and exhibitions, technical reports etc. He is also an inventor of 6 US & WO international patents. He has secured about 20 national and international research grants worth millions of US Dollars. He is an active member of more than two dozen international societies, organizations, councils & committees. 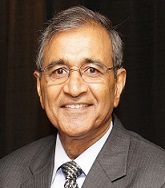 Dr. Bharat Bhushan is an Ohio Eminent Scholar and The Howard D. Winbigler Professor in the College of Engineering, and the Director of the Nanoprobe Laboratory for Bio- & Nanotechnology and Biomimetics (NLB2) and affiliated faculty in John Glenn College of Public Affairs at the Ohio State University, Columbus, Ohio. In 2013-14, he served as an ASME/AAAS Science & Technology Policy Fellow, House Committee on Science, Space & Technology, United States Congress, Washington, DC. He holds two M.S., a Ph.D. in mechanical engineering/mechanics, an MBA, and two honorary and two semi-honorary doctorates. His research interests include fundamental studies with a focus on scanning probe techniques in the interdisciplinary areas of bio/Nano tribology, bio/nanomechanics and bio/nanomaterials characterization and applications to bio/nanotechnology, and biomimetic. He has authored 8 scientific books, 90+ handbook chapters, 800+ scientific papers (Goggle Scholar h-indexâ€“105+; Web of Science h-indexâ€“80+; ISI Highly Cited Researcher in Materials Science since 2007 and in Biology and Biochemistry since 2013; ISI Top 5% Cited Authors for Journals in Chemistry since 2011), and 60+ scientific reports.https://nlbb.engineering.osu.edu/

Fundamental studies in the interdisciplinary areas of bio/nanotribology/nanomechanics and nanomaterials characterization in bio/nanotechnology and biomimetics with a focus on scanning probe techniques. 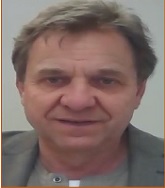 Giersig has published over 255 internationally refereed publications covering physics, chemistry, materials science, biochemistry, medicine, nanotechnology and engineering. His work has been cited over 19000 times quoted in the ISI Index (without self-citations) at an average of over 74 citations per publication, while his h-index is currently 72. In the World Ranking by Thomson Reuters of the 100 Top Chemists and Material Scientists of the past decade 2000-2010, Giersig is listed in position 75 in chemistry and 83 in material science.

Nano-particles and their application in electronics and bio-medicine